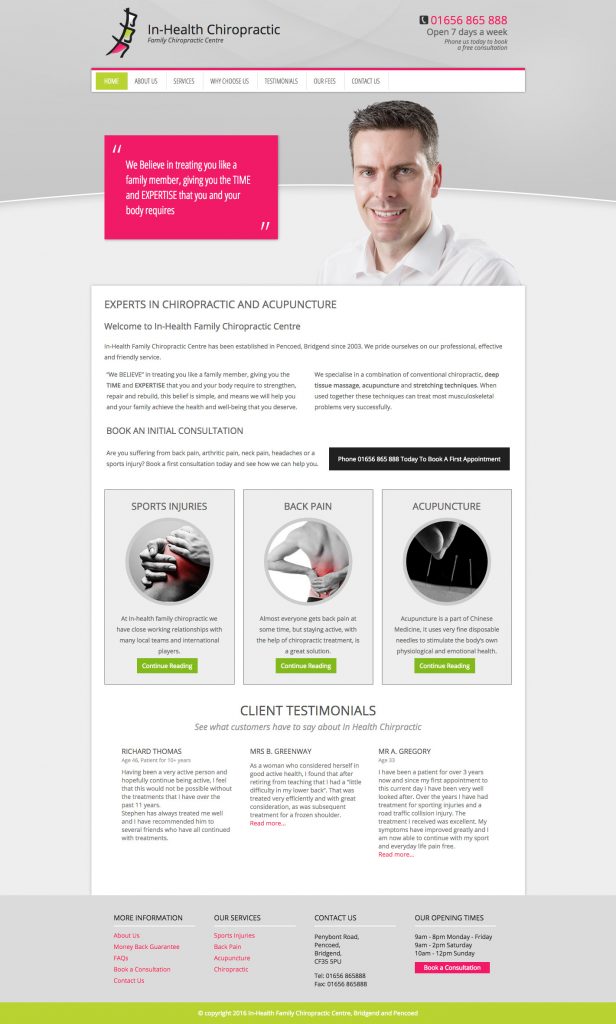 In-Health Chiropractic needed a complete redesign and rebuild to replace the ageing look and feel on their previous website which no longer matched their brand and business aspirations. In-Health Chiropractic wanted to promote their ethical, honest, highly qualified, professional approach along with their long pedigree of happy clients.

After further investigation it was discovered that trust, personality were vital to convey and therefore professional photography and testimonials were vital for the new website design along with a high end design.

Reflecting their high level of professionalism was also important to In-Health Chiropractic and would help to separate them from other practices in their industry.

After a series of interviews with Stephen Harris – the key stakeholder in the business – The SeedMill broke the project down into a list of key deliverables that the website had to achieve. The SeedMill then produced a series of mockups depicting how the website would look. As previously mentioned a highly photographic approach to the redesign was suggested as part of the mockup series.

Professional photography was taken by Andrew Davis Photography (http:www.andrew-davis-photography.com) in order to assist in driving the personality and trust behind the new design. The credentials of the chiropractors working within the business became a key focus.

Where it was difficult to take photographs, 3d rendered images and stock imagery were incorporated. The SeedMill produced heavily edited the stock images and produced the 3d renders in order to flesh out the range of imagery available for the website.

Once the mockup process had been completed, The SeedMill then proceeded to create an online prototype of the website behind a staging URL whereby In-Health Chiropractic could view a working, interactive version. This was finally merged into a final website and migrated over to the full http://www.in-health-chiropractic.co.uk URL.

Secondarily, The SeedMill consulted on assisting In-Health Chiropractic to gain control of their website presence again, providing Google Analytics setup, transfer of domain details to the owner of the business and ability to change content of the website via the CMS installed within it.

The website was also optimised with fast caching and backup routines in order to protect it and ensure good performance going forward. 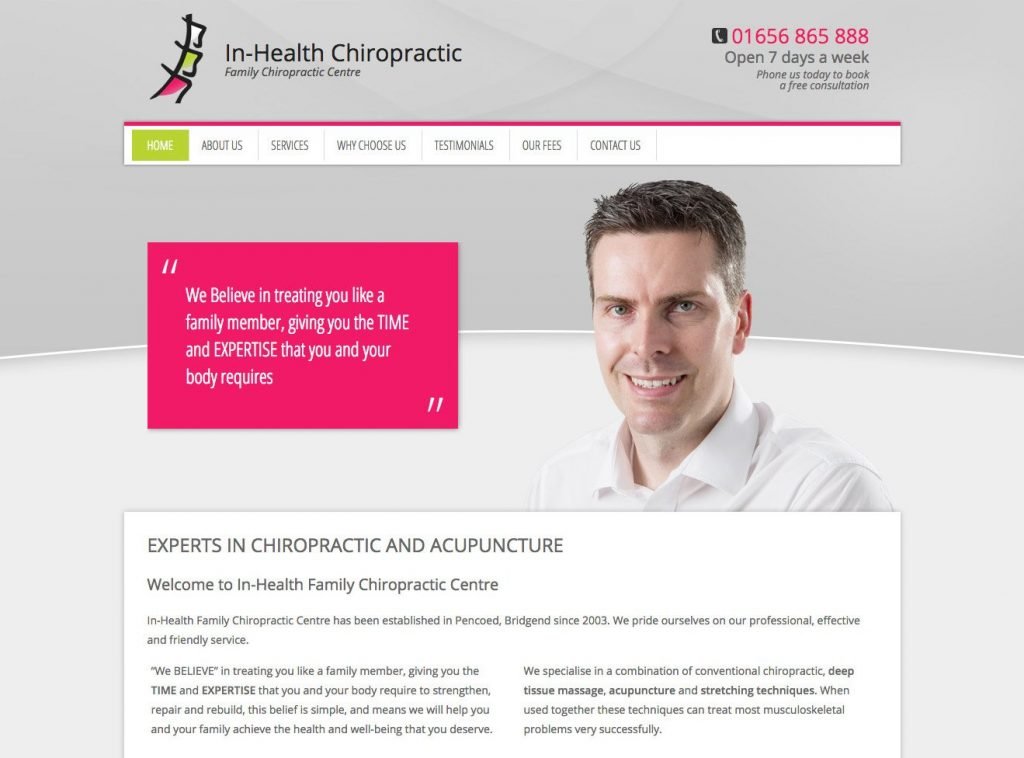